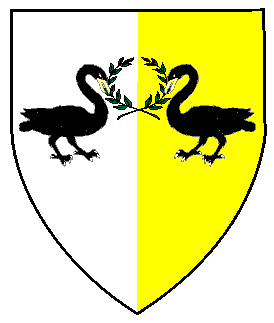 Saturday April 23rd, 2016
Marysville, California
Winter is GOING…
The winter has been mild and peaceful. All across the land are castles filled with sleek cattle, wooly sheep, and beautiful maidens. There is prosperity, peace, wealth... why should THEY all get the good stuff?
You should conduct a raid! With only a few armed fighters and a little stealth and cunning, you can prosper beyond your wildest dreams! Increase your wealth! See new places! Inspire dread in the hearts of your enemies! Meet new people and take their stuff!
This old and time honored method of acquisition can be engaged in with no fear of retaliation from above: All you have to do is take what you want… and keep it, because if the lands aren’t embroiled in chaos, it’s just plain boring.
Can you get what you deserve and keep it? Teams of raiders will be charged with defending their holdings and acquiring the property of others. Each team begins the round with a Castle, livestock, and innocent bystanders to be ransomed. During the round they must both defend their Castle and raid other castles for a set amount of time. At the end of the round, the livestock are sold, the hostages ransomed and the income added to the treasury. At the end of the day, the most successful raiding party wins. This year’s prize is something special that will hopefully see years of good use by the winning team. Raiding parties can represent cantons, shires, provinces, households, war units or just general raiders.
Vakkerfjell just wouldn’t be the same without the time honored tradition of the Weasel Stomp, which will be conducted when the weasels raid the field at half time. We are calling the fleetest, most energetic, most ferocious people we know to accomplish this mission… kids. Stomped weasels make great pets and the chocolate golden coin bounty placed on them doesn’t hurt, either!
Throughout the day the A&S competition testing the knowledge, skills and creativity of non-combatants will be being fiercely played out using raid acquired supplies … and while spectators are spectating, nothing prevents them from a little pilfering of unattended raid treasuries for the benefit of their own teams. There is an awesome prize again this year for the acclaimed winner as well as a coin reward.
In the beautiful Nature Area of the Cotton Rosser Pavilion in Marysville’s Riverfront Park (“Biz Johnson Drive, Marysville CA” for GPS)
Lo, there do we see riches
Lo, there do we see castles and sheep and maidens
Lo, there do we see our nagging mouths to feed
Lo, the gold and the livestock do call to us
They bid us take them home, and stuff them… into our children's mouths… so they will cease their BLEATING!
On the field we find glory, and honor, and PEACE AND AND BLOODY QUIET!
Event Schedule:
Site opens at 9:00 a.m.
Lists open at 10:00 a.m.
A&S Plundering at 11:00 a.m.
Raids begin at 11:30 a.m.
There will be a short “snack & hydrate” raiding break around 2:00 pm for the Weasel Stomp.
Raiding will resume until food is served at 4:00pm.
Site closes at 7:00pm.
Autocrat: Lleucu Bengam
Site Information:

From the south, make your best way to Hwy 70 (north) towards Marysville. Upon entering Marysville (very first light), get in the left lane and turn left onto 3rd Street. Stay in the left lane. Turn left onto F Street (the second left). The road forks. Take the right fork onto Biz Johnson Dr (it will be up a hill over the levy). Follow Biz Johnson. Site will be on your left. There will be SCA signs as well as a large wooden sign reading “Cotton Rosser’s Pavilion”. Very big sign. Hard to miss.

From the north, make your best way to Marysville. Upon entering Marysville, take a right on 14th Street (second light). Continue straight even though it looks like you are running out of street. Keep going. Trust us. Go under the railroad tracks and keep going. The road goes up a rise then hairpins around. Once you have completed the hairpin turn, you are on Biz Johnson and in the park. Follow carefully through the park, keeping left and avoiding soccer moms and kids. Keep going all the way through the park, following SCA signs. Just about the time you think you’re running out of park, there will be a large wooden sign reading “Cotton Rosser’s Pavilion” on your right.