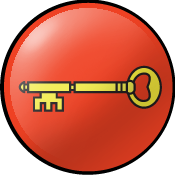 Kingdom of the West Seneschal

In period, the seneschal was the principal administrator or steward in charge of a lord's household and estate in feudal times; as the seneschal of a king, the responsibilities of the King’s Seneschal were as vast as the kingdom itself. Modernly, the Kingdom Seneschal is responsible for the administrative operation of the kingdom. The seneschal maintains and updates Kingdom Law as well as the business records of the kingdom, sets and presides over kingdom officers meetings, reports to the Crown and the Society Seneschal regarding the operation of kingdom’s activities, organizes the kingdom’s calendar, contracts for event sites, designates autocrats for kingdom events, takes part in financial decision-making within the kingdom, acts as a liaison between the kingdom and the mundane world and generally works to ensure that the West Kingdom is run according to the laws of the mundane legal authority, SCA regulations and the law of the Kingdom of the West.

There is a seneschal for every principality and branch in the West Kingdom and a host of deputy seneschals, who have specific areas of responsibility, who work with the Kingdom Seneschal.

This is a collection of forms and documents gathered together to better serve the populace of the West Kingdom. Files with PDF next to them require the Adobe Acrobat Reader to view them. Download the reader here. Files with .doc next to them open with Word.

Go directly to all waiver forms, insurance information & requests, membership information, other documents & forms, as well as the Seneschal's Handbook on the SCA Corpora website.